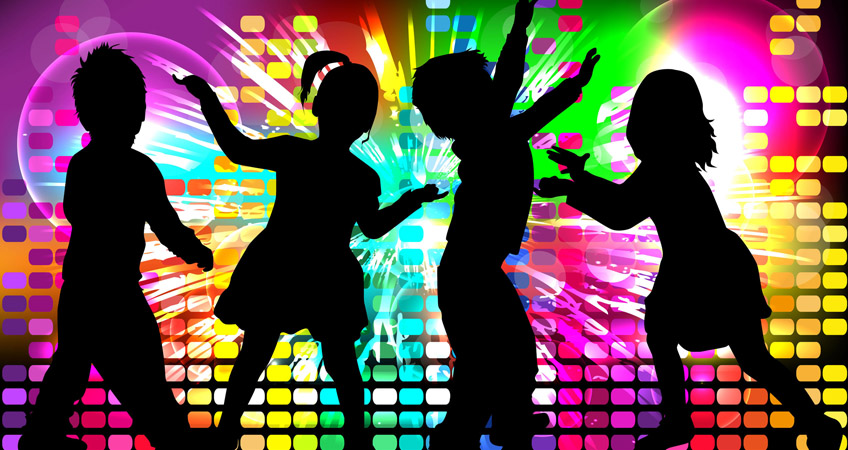 Having a disco party is a fun way to spice up the regular parties. You can easily have a nice disco party for kids without spending too much. There are several disco theme party ideas for kids that give a memorable and pleasurable experience. However, there are certain things you need to get right for a perfect disco party.

Things You Need For A Disco Party

For a successful kids disco party, it is necessary to get some things in place. Disco theme party ideas have unique styles. Therefore, the concept is to create a theme that is groovy and colourful. For this reason, it is vital to get everything needed in order.

1. Get The Perfect Venue

The number one thing to consider when planning a kids disco birthday party is the venue. A disco party can only be staged in spacious places. However, you do not have to rent a site to achieve this purpose. Your home could pass for an excellent disco birthday party place. Having a disco party at home helps you to save cost. Moreover, you will be able to manage the party better.

For your kid’s disco birthday party to be successful, you have to ensure there is enough space. A great disco party idea is to make use of your garage. Garages are spacious enough, and they would make good dance floors for the kids’ dance party. Alternatively, you could make use of the living room for a disco birthday party. However, you might have to clear a few stuff to create space in the living room. You do not want kids spilling stuff on the sofa or breaking furniture.

2. Get The Timing Right

Timing is massively crucial for kid’s disco parties. Disco parties are colourful parties. As a result, it is necessary for the party to hold when it is a bit dark outside. By holding a disco party at night, you’re ensuring the colours from the decorations would be prominent. However, it does not have to be too dark, especially considering the safety of your guests when they eventually leave.

As regards timing, the date of the children disco party also matters. Kids disco birthday party is only fun when other kids are available. Therefore, do not hold your kid’s disco party when there are significant events in the neighbourhood like football matches, public holidays, or garage sales. However, if it is necessary to hold the disco party that day, ensure that your guests are coming by calling in to avoid disappointments. If the turn-up is low, it could flop the whole event.

When the idea is to create a memorable kids disco party, you have to get the appropriate decorations. The decorations would enhance the venue and give it a colourful look. Depending on the style you would like to create for the party, there are several decors for children’s disco parties.

You could go from using small decors like disco lights and glow sticks to big decors like neon, many disco balls, and fringes. The whole point is to be as colourful as possible creatively. In cases where you want a colourful disco party, consider decors with various shapes, sizes, types. In addition to glow sticks and lights, you could use balloons of different colours and just let them float.

4. Provide Props For The Kids

A memorable disco kid’s party should include accessories for them. Generally, props are souvenirs given immediately to kids when they enter the disco party. It could be in the form of art, such as painted faces or glowing shirts. It could also be in the form of neon sticks, hula hoops, fringes for girls, etc. Props are also necessary to get the desired effect in children disco parties. Props can be made at home, especially if you are on a budget. A friend or family member could paint something simple on the kid’s face, and you could easily make paper fringes.

5. Get Trendy Costumes For The Disco Ball

Dressing up for disco parties is necessary. Just in case the kids are unable to get disco clothes for the children disco party, you can get costumes from adults. It could be oversized, but it would make it more fun. Clothing like jumpsuits, miniskirts, dresses, band t-shirt, flared sleeve tops, and body hug blouses are suitable for kid’s disco parties.

In addition to the clothing, kids having different disco party hairstyles also adds to the fun. Hairstyles could be afros, up-dos, or straight hairs with a part in the middle. Also, bright coloured accessories and sunglasses can be added to the costume. You can also include in the invitation for kids to dress as their favourite 70’s star.

6. Send Out Invitations To Friends

Invitations are necessary for a disco birthday party. The messages could be in the form of cards or sent via email to friends. To ensure that friends get the theme of the party, you can include designs that would help guests to know that it is a disco-themed party for kids. You could add glow sticks, disco balls to the beginning of the invitation. Also via the invitation, you can tell your guests to come in their costumes.

Disco was a style of music that was popular back in the ’70s. A successful disco kids party means having the right type of music. Although you can include modern music, ensure that you mix it up. Also, you could hire a DJ that would help with music. The DJ can be responsible for playing the music and giving it the groovy feeling of a disco party.

The good thing about disco kid’s party is you do not need to go extreme on the menu or put a lot of effort into cooking. Finger foods are food that the kids could pick with their hands and enjoy while still having fun. All you need is a very colourful table cloth spread on a table, and different food items placed on it. You can put as much food or snacks as possible to make the table look beautiful and attractive. Examples of finger foods and snacks to add are:

For drinks, you could make punch available in disposable cups. Juice is another suitable option as well as milk. Your choice of drinks to serve depends on your preference and what you can afford for the disco party.

Most likely, the kids are not going to be dancing throughout the entire disco party. Therefore, it is vital to have a list of games and activities that would make the party more lively. During games and activities, it is essential to refrain from naming winners and losers. Also, give gifts to everyone who participates, not just the winners. Doing this would encourage everyone to join in the game. In case you are on a budget and cannot afford fancy gifts for everyone who participated in the games, you could give sweets and lollipops.

List Of Games To Enjoy During A Disco Birthday Party

Children disco parties should include easy games. Moreover, the competition among the kids must be a friendly one. Examples of some games include:

10. Give Kids To Take Home Gifts

After the children disco party, you can give presents to the guests. It does not have to be expensive. The kids would be happy whether it is costly or cheap. Items you can give out include tiaras, sunglasses, bangles for girls, or glow in the dark wrist bands for the boys.

Disco theme party ideas for kids might seem expensive and tasking than a regular party. However, it is more fun-filled and can be done in a super easy and cheap way. Disco parties would enable the kids to bond and also have a memorable experience.