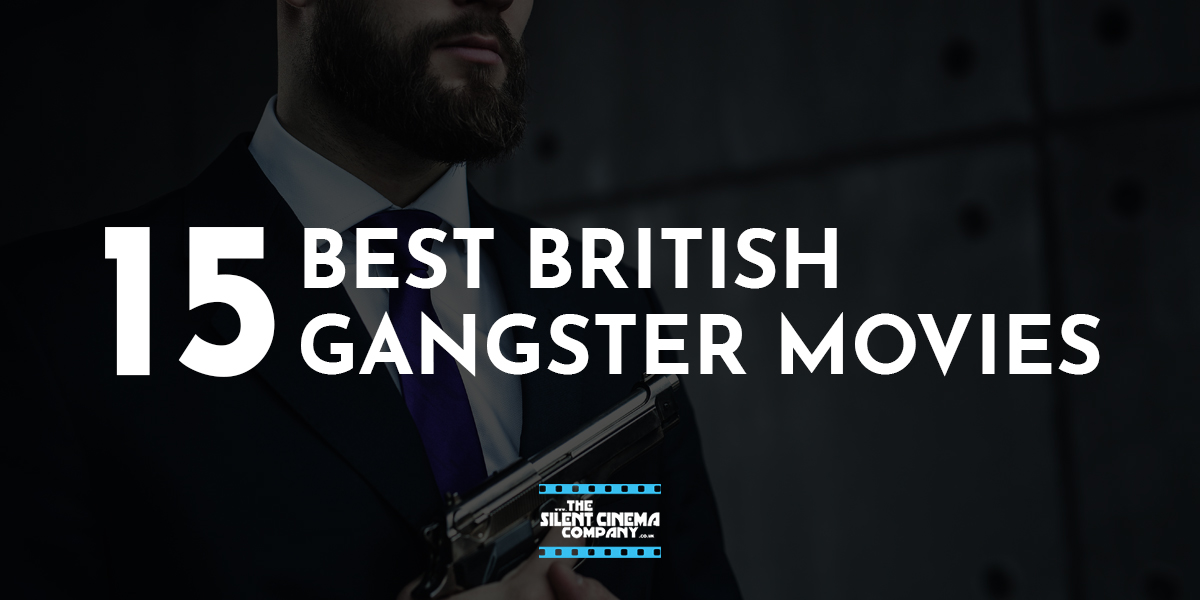 British gangster films is a movie genre that has come to stay. Its origin can be traced as far back as seventy-five years ago, although it became widely accepted in the late 1960s. What is not to love about the dark, hazy streets and corners of London? The rapid, brazen conversations, and the handsome criminal masterminds? Unlike idealistic American gangster movies, UK gangster movies thrive on realism. This is not to say that all British gangster movies are tragic and boring. On the contrary, some are quite comic, with loveable characters and an intriguing, realistic storyline.

Here is a list of some of the best British gangster films which have shaped the genre into what it is today. They are: 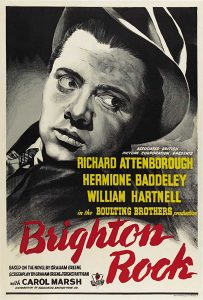 Even though it is such an old movie, Brighton Rock remains one of the best British gangster films of all time. The movie is an adaption of Graham Greene’s novel, Brighton Rock, written in 1938. It follows the story of a violent gangster, Pinkie Brown, played by Richard Attenborough. He is out to murder a reporter who he believes is responsible for the death of another gang member. Facing pressure from a rival gang and suspicion from the police, Pinkie tries to cover his tracks through any means.

At the time the movie was released, it shocked its viewers by its unsettling depictions of violence and crime. The film was described as ‘horrific’, and was even banned in New South Wales. Nevertheless, the movie was quite popular with British audiences. John Boulting’s stylistic directing skills have ensured that the movie remains one of the best over the years. Brighton Rock ranks #15 in the 1999 survey of the British Film Institute.

In 2010, a remake of the movie was released in America titled Young Scarface. However, it pales in comparison to the original film. 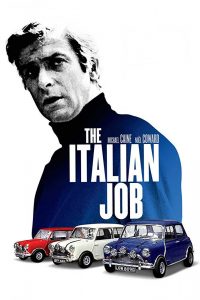 Although another old film, it remains one of the best British crime films. Michael Caine plays a British gangster who steals $4 million gold ingots in Italy with his team by creating a paralysing traffic jam. From its start to the end, the movie is compelling and intriguing, ending with a literal cliff-hanger.

In 1999, the film was ranked #36 on the list of the Top 100 British Films by the British Film Institute. Also, in 2004, it was named the most famous British movie of all time. The movie’s popularity and full reception by its viewers led to a remake in 2003. It has also inspired an annual charity that has been in place since 1990. 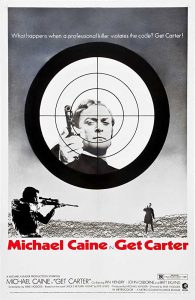 This movie is arguably Michael Caine’s best performance yet. He plays the role of Jack Carter, a London gangster, who seeks to find out the truth behind his brother’s death. His journey to Newcastle for the funeral leads him through a bloody quest for revenge in search of his brother’s murderers. This gangster film is quite morally ambiguous which makes it all the more enthralling.

A remake was released in 2003, with Sylvester Stallone playing the role of Jack Carter. Reviews have shown that the remake pales in comparison to the original movie. 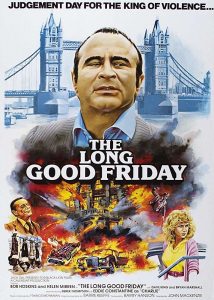 This movie is said to be the greatest English gangster film ever made. This crime classic follows the story of Harold Shand, a London kingpin played by Bob Hoskins. Shand is set on becoming a legitimate businessman and property mogul in a world of organised crime and violence. However, a series of bombs targeted at his empire convinces him that there is a traitor among his ranks. Just like any other ruthless mobster, Shand is determined to eliminate whoever has double-crossed him.

Far distinct from all other typical London gangster films, The Long Good Friday makes a star out of Hoskins. The movie is fast-paced, intense and filled with sharp-tongued conversations. No other UK gangster film expertly combines the elements viewers expect with sufficient creativity to leave them enthralled. 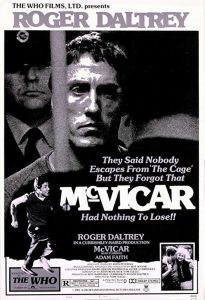 Roger Daltrey plays the role of John McVicar; a British criminal turned writer serving life imprisonment who manages to escape prison. Although he is labelled as “Public Enemy Number One”, he attempts to live a normal life with his family.

This crime film is based on the book, McVicar by Himself written by John McVicar describing his prison experiences. The movie was nominated as the Best Picture at MystFest in 1981. 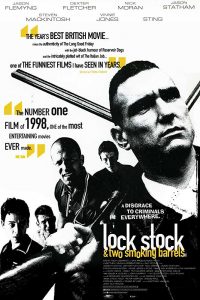 This movie is one of the most influential British gangster movies this genre has ever seen. The film follows the story of four friends with questionable backgrounds, who are unexpectedly launched into a world of crime and violence. The movie, involving two antique guns, a messed up card game, funny one-liners and frantic editing, is both thrilling and chaotic.

Former gangster Gal Dove played by Ray Winstone has served his time in prison and is spending his retirement years with his wife. His world is disrupted when his arch-nemesis shows up intent on persuading him to participate in one last heist. Dove has to give up everything to save the woman he loves.

In 2004, Sexy Beast was named the 15th greatest British film of all time by Total Film. 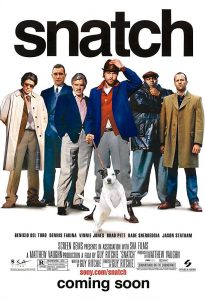 It is a British crime comedy movie containing two intertwined plots. The first one involves a search for a stolen diamond, and the second is about a boxing promoter who is threatened by a ruthless gangster. It is filled with dark comedy, sharp dialogue and fascinating characters. The film shares similar visual effects, themes, and motifs with Lock, Stock and Two Barrels also produced by Guy Ritchie.

Snatch was tremendously successful, both in financial gross and critical response. The movie grossed over twelve million pounds in the UK from a budget of ten million dollars.

This film is one of the finest British gangster movies. The movie is loosely based around the events that led to the murder of three drug dealers in 1995 in Essex. It follows the story of an amateur gangster, Billy, whose first assignment is to mind a newly released thug. With the thug intent on getting Billy’s wife, deceit, revenge, and death is inevitable

Although the movie was met with negative critical reviews, the viewer ratings are generally more positive. 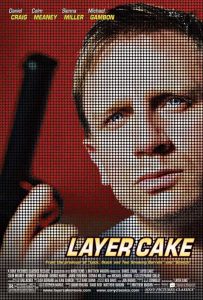 Before Daniel Craig became James Bond, he played the role of one of London’s biggest cocaine dealers in Layer Cake. On the verge of retiring as a gangster, Craig takes on some assignments which prove to be more complicated than was planned.

The movie also features a young Tom Hardy and Sienna Miller, making it one of the best gangster films with an impressive supporting cast. This gangster film is a must-see. 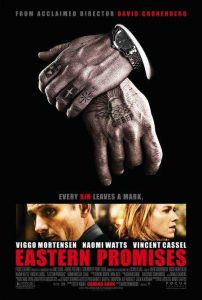 This movie is arguably one of the best British crime films. It follows the story of a London midwife, Anna who comes across a journal containing evidence against one of London’s biggest crime families. Nikolai, played by Viggo Mortensen, a ruthless Russian gangster, is forced to create a plan filed with deceit and death to get rid of the evidence.

This film is one of the most intense UK gang films that will no doubt leave its viewers intrigued from start to finish. 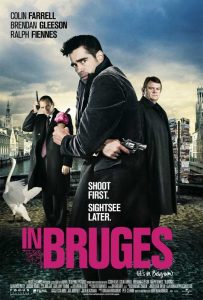 This crime film follows the story of two hitmen exiled to Bruges by their boss, after a poor job. It is a thrilling, suspense-filled and comic movie that leaves its viewers completely enthralled and entertained. The scene where the character of Ralph Fiennes calls his wife an inanimate object is one that has been deemed unforgettable. In Bruges is said to be the best comic British gangster film.

It was nominated for the Best Original Screenplay Oscar. 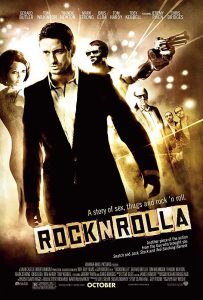 This is another of Guy Ritchie’s films. It is one of the best comic British gangster films ever made. It follows the story of two small-time crooks who decide to invest in real estate. However, things do not go as planned as they find themselves out of their elements and in debt to a London gangster.

The movie hit number one in the UK box office in the first week of its release. 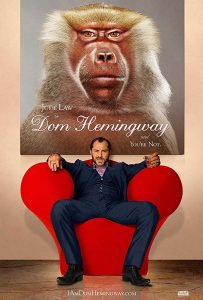 It is a British black comedy gangster film written and directed by Richard Shepard. It follows the story of Dom Hemingway, played by Jude Law, who had just been released from prison. After being jailed for twelve years for refusing to rat out his boss, he got back with a quest for revenge. He was also seeking a chance to reconnect with his daughter, Evelyn.

Although the movie received a lot of mixed reviews, it is still one of the best British gangster films. 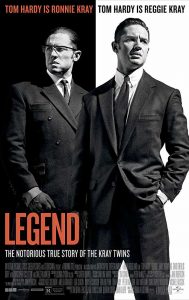 It is a biographical crime movie adapted from John Pearson’s book, The Profession of Violence: The Rise and Fall of the Kray Twins.

The story follows the adventures of Reggie Kray, one of London’s underground criminals, and his mentally unstable twin. Tom Hardy plays both characters. Although the movie has received mixed ratings, it is still one of the best British crime films.