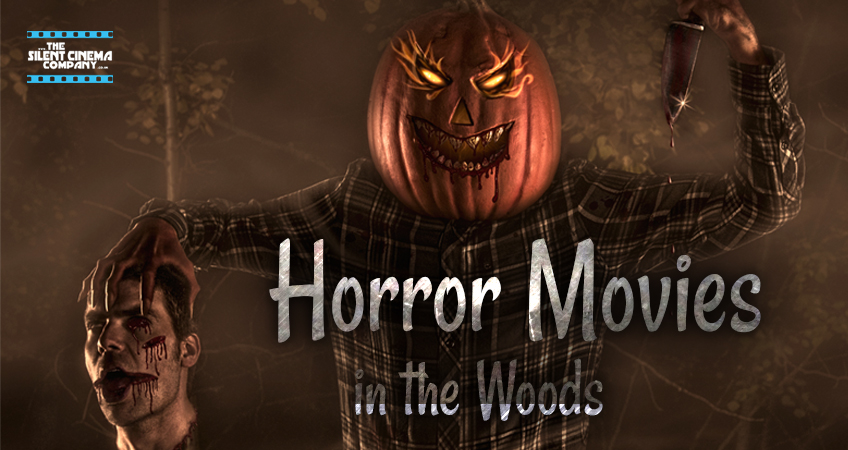 8 Best Horror Movies in the Woods

There is something about the darkness of the woods that can present us with instant fear. Maybe the fear is down to tales like Hansel & Gretel or even Red Riding Hood plaguing our youth and conditioning us to fear what is beyond the trees. Whatever it may be, that fear never leaves us. While a trip to the woods at night isn’t necessarily for all of us; there is no harm at all in watching some unsuspecting victims fall prey to a beast in waiting from the comforts of our sofa. We are, of course, referring to the joy of a horror movie. Today we are going to be taking a look at some of the very best horror movies set in the woods.

When it comes to horror movies set in the woods, this film should sit at the top of the list. The Evil Dead came to us in 1979 from director Sam Raimi and was like nothing people had seen before. The film itself was more than just your ordinary gorefest, and it also could make us laugh while freaking us out. We all remember the card prediction scene, that got real freaky, and fast.

The film sees Ash and his friends head off of summer break into a cabin in the woods. A book known as ‘Sumerian Book of the Dead’ is found, and things start to go awry pretty quickly. As far as horror in the woods goes, this one has comedy, gore and an overly touchy tree.

Although this film does not primarily take place in the woods, a lot of the time the film involves the woods. The quiet place is one of those films that has not been appreciated enough for just how brilliant it is. This film was released in 2018 and directed by John Krasinski.

The joy of how wonderful this film comes from its silence; we should take the time to appreciate that this film had a script of only ten pages and had only ninety lines of the spoken word. To create a film, this brilliant with little to no script takes something special. If you haven’t seen this film yet, you really should.

Ok, so not the best film on the list but it has made it for one reason. This movie is based on “true” events. The movie takes the legend of Aokigahara. The legends and truth behind this place are truly terrifying on its own, and if you don’t know about it, you should have a look.

Anyway, the forest is a 2016 release from Jason Zada. The movie had some great promise and had a huge buzz behind it. Unfortunately, despite having the brilliant Natalie Dormer as the lead, the film failed to impress on almost any level.

Having a list of horror movies that are set in the woods and leaving out the Blair witch project would just be rude. This movie did so much for the genre, and all horror fans owe this film much in the way of gratitude.

Although this film has been criticized as poor and not scary, in its own right what it did was terrifying. Upon its initial release, it caused almost a form of hysteria. People thought this was real found footage and were claiming to see ghosts and demons in the movie.

All in all, this film was so far ahead of its time when it was released in 1999. The same effect has been attempted, again and again, unfortunately though, no film has succeeded.

Mama is a film brought to us by director Andy Muschietti. This is one of his few films that unbelievably hit the mark. After all, his remake of IT was highly disappointing. Mama, on the other hand, has everything a horror film needs.

Mama feature kids protected by a supernatural force “mama” which the audience is kept in a stray middle ground wondering whether the kids are insane or whether or not mama exists. The key reason this film made this list is it has a soft homage to Wes Craven. Muschietti took inspiration from Craven films of old and refrained from the full introduction of the supernatural until the last possible minute.

Very loosely based on the exploits of Ed Gein, the texas chainsaw massacre was something to behold when it was released. Directed by Tobe Hooper and released in 1974 this film was an adrenaline rush for all who viewed it.

This list is not going to include the 2003 remake as that film itself was a massacre on the original. The beauty behind this 1974 original was in the talent of Gunnar Hansen. Gunnar gave Leatherface such a terror, and it struck fear into almost everybody in the cinema. As far as movies set in the woods go, this is right up there with the best.

Ok, so some may not regard this as a horror, but Arnies acting alone was enough to terrify anybody in this absolute classic.

Predator was released back in 1987, and one thing can be said for it, it has aged well. Directed by John McTiernan, the predator was just amazing in every way. Predator brought us action, tension and horror all in one and yet again, it held on to the magic by not revealing predator until the final third.

The tension built in the film with the use of thermal imaging cameras and subtle sounds gave this film something that no predator film since has been able to offer. There are also a few more things of note with this movie. Not only does it have some of the most quotable Arnie lines, but it’s also got Apollo Creed!

This film should be 1h 29m of your time. Although this film saw no real success on its initial release, it has become somewhat of a cult classic. Tucker & Dale vs Evil may not be an out and out horror film but a hilarious watch and its got Steve the pirate from Dodgeball.