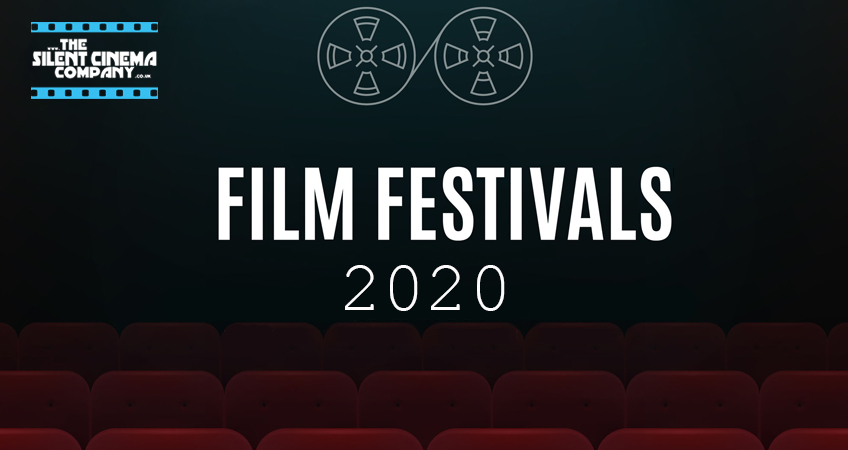 The BFI Future Film Festival is celebrating its 13th anniversary this year. Securing the top spot as the most important festival for filmmakers aged 16-25, this four day event includes workshops and masterclasses, as well as screenings from the country’s top up and coming talent.

When: April 2020
Price: Varies per event with many free tickets available

As one of the largest film festivals in the UK, the East End Film Festival is also well worth your attention. After a break last year, the festival is set to return this Spring with a bang. While venues are scattered across the capital’s East, each event offers inclusivity with a range of free tickets, meaning that this festival needn’t be out of reach for anyone. Keep an eye out for updates, and make sure you book in the moment the 2020 events programme is live.

Pitching Walthamstow’s best six minute and under releases, The Walthamstow international Film Festival is another one to look out for. Categories explored include: drama, documentary, experimental, and young people’s films. With free tickets also available, you could definitely benefit from getting yourself down to Vestry House Museum this June.

A newbie on the scene since 2016, Barnes Film Festival certainly has no trouble standing up to the best. Celebrating diversity, passion, and creativity, the screenings, workshops, and discussions here are certain to have something for everyone.

When: 9th-15th September
Price: Around £8 per event

Hosted in venues throughout London, this non-fiction feast is dedicated to the development of our best documentary makers. As well as a whole host of fantastic screenings throughout, Open City Docs school also nurtures talent with a range of classes, and could be the ideal option if you, too, like to dabble in documentaries.

As the only UK film festival celebrating female talent, Underwire is a must for anyone fighting the feminist cause. Founded by Gabriella Apicella and Gemma Mitchell to address gender imbalance in the industry, the event is set to celebrate its 10th anniversary in style this year throughout London’s best independent cinemas.

As the name suggests, Wimbledon Shorts is a festival dedicated to all things short (film). Here, you can watch screenings for films that are anywhere from 10 seconds to 14 minutes 59 seconds long. And, you’ll be able to see firsthand just how much the best creators can fit into that small time frame!

Showcasing films from black and ethnic minority creators, the British Urban Film Festival (BUFF) is another sure one to watch. Since its launch almost fifteen years ago, the festival has already exposed some of the best minority talent in the country, and they’re set to continue that legacy this October.

Film Festivals Across The Rest of The UK

Where: Cambridge
When: 6th-8th March

Run by students at Cambridge University, Watersprite is a fountain of new talent, including a winner’s screening of Cambridge’s best student submissions throughout the year. Even better, every single event is free, though booking is recommended.

The largest competitive short film festival in Scotland offers a platform of diverse cinematic expression for established and upcoming filmmakers alike. With parties, live performances, and events highlighting crucial film makers of the past, this is sure to be a film festival experience you won’t forget in a hurry.

Where: Across Leeds City
When: Easter 2020

As the UKs largest family film event, this is a festival that guests of all ages can get stuck into. Hosted across Leeds city centre, screenings here explore everything from film and animation through to virtual reality. So, why not join the 15,000 attendees to get your dose of the fun?

Where: Middlesborough, Teesside University
When: 11th-15th May

Focusing on the games and animation industry in particular, Animex is a must for anyone with a passion for animation, and includes meetings with industry experts, behind the scenes walkthroughs of the biggest animation hits, and animation premieres to get your teeth into.

Where: Bristol
When: 20th-26th September

Bristol is something of a creative city hub, and Encounters festival highlights that in all its glory. Complete with short film screenings, features, special guests, Q&As and headline events, this week-long film fantasy is guaranteed to blow your film-loving mind.

Where: Norwich
When: 16th-15th November

Supporting local and national film makers through an open submissions process, Norwich Film festival is another fantastic place to see the best from the newest talents. With previous screenings going on to win Oscars among other awards, you can bet you’ll watch some quality films when you attend.

Where: York
When: 4th-8th November

Last but by no means least, we have York’s Aesthetica Short Film Festival, Celebrating independent films from around the world, this exciting event showcases as many as 400 international films from emerging talent every year, as well as various networking opportunities, masterclasses, and panel discussions. If you’re in York and fancy seeing some offerings from top film talent, then look no further than this hot bed!