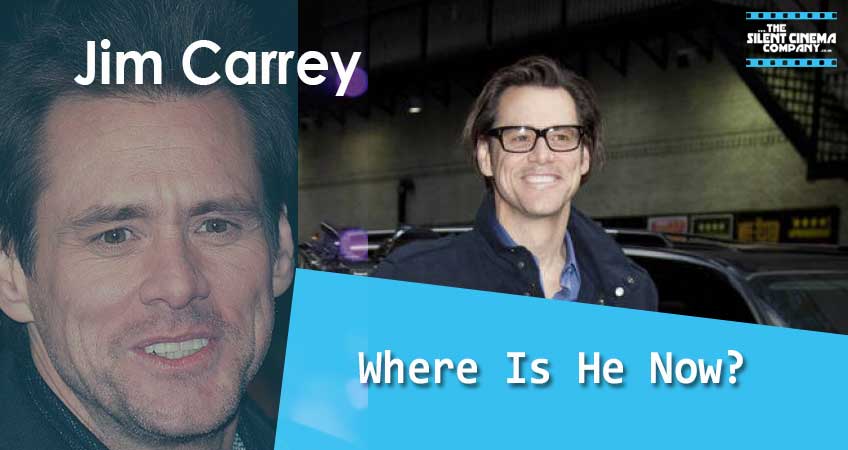 What Happened To Jim Carrey & Where Is He Now?

Since the early 1990s, Carrey was regarded as one of Hollywood’s top comedy actors. He rose to fame for his role in the comedy TV series titled In Living Colour. However, his roles in Ace Ventura: Pet Detective, Dumb and Dumber, and The Mask established him as an A-list comedy actor. He also received a lot of attention when he took a couple of straighter roles in The Truman Show and Man on the Moon. Both roles garnered him a Golden Globe Award for Best Actor.

He became increasingly popular in 2000 for his role in How the Grinch Stole Christmas, and Me, Myself and Irene. He received a nomination for the BAFTA Award for Best Actor in a Leading Role for his role in Eternal Sunshine of the Spotless Mind produced in 2004. Other movies he has starred in over the years include Mr. Popper’s Penguins, The Incredible Burt Wonderstone, and Kick-Ass 2. He has also played Jeff Piccirillo in the series, Kidding. He is to play Dr. Robotnik in the live-action film, Sonic the Hedgehog which is to be released in 2020.

It seems like Carrey is set to return to the spotlight with a bang. While we are delighted to have him back, we wonder where he has been and what he has been up to.

The youngest of four kids, James Eugene Carrey (Jim Carrey) was born on January 17th, 1962 in Newmarket, Ontario, Canada. As a child, Carrey had been very interested in comedy, and he performed for anyone who would watch. However, life became difficult for the family when his father lost his accounting job when Carrey was 12.

After they got back on their feet, he began his stand-up acts in Toronto. He sharpened his skills at clubs where Rodney Dangerfield eventually noticed him. He was signed on as an opening act for an entire season before he left for Hollywood in 1983. Now in the big time, he became a member of the cast for the film, Introducing…Janet. He also appeared in a couple more television appearances until 1990. His role in the comedy series, In Living Colour, where he played the psychotic Fire Marshall Bill shot him into the limelight.

Carrey played the lead role in his 1994 movies, Ace Ventura: Pet Detective, Dumb and Dumber, and The Mask. He entertained his audience with his wacky, expressive, slapstick style. Dumb and Dumber was highly successful, grossing over £222 million across the world. Carrey was first nominated for the Golden Globe Award for Best Actor for his role in The Mask.

Although his role as The Riddler in Batman Forever, released in 1995, was a box office success, it received divergent reviews. Another such film was Ace Ventura: When Nature Calls also released in that same year. On its opening weekend, the film earned £32.9 million, and it made about £174 million in total worldwide.

Carrey’s role in The Cable Guy, which was quite different from the typical parts he was famous for, also received mixed reviews. However, regardless of this, the film grossed £83.9 million worldwide. He earned £16.5 million from this movie, making him the first actor to receive such a figure for a single film. Another successful film was Liar Liar, where he portrayed Fletcher Reede, a dishonest lawyer rendered incapable of lying by his son’s birthday wish. This role earned him his second nomination for the Golden Globe Award for Best Actor.

Following this, he starred in another comedy, Me, Myself, and Irene in 2000. Although this movie received critical reviews, it turned out to be a box office success. He also portrayed the Grinch in How the Grinch Stole Christmas which earned him another Golden Globe Award for Best Actor. The film eventually became the second highest-grossing film ever.

In 2003, Carrey starred in Bruce Almighty, which is the 17th highest-grossing live-action comedy ever. Other successful films include Eternal Sunshine of the Spotless Mind and Horton Hears a Who.

Although he has starred in many successful films, there are some movies he’s acted in that were not so successful. An example was The Number 23, released in 2007. He played a man with an obsession with the number 23 after reading a weird book that seemed to mirror his life. The comedy film, The Incredible Burt Wonderstone, where he played the role of a dangerous street magician, is another example. Upon its release in 2013, the movie received mixed reviews and could not be said to be a box office success.

Like any other celebrity, Carrey has not had it entirely smooth and easy. He had some social media troubles months to the release of Kick-Ass 2. He had criticised the movie’s violence on Twitter, which displeased the filmmakers.

Also, he was in a bit of a controversy when he expressed his anti-vaccination outlook on social media in 2015. He was regarded as anti-science and thus received unfavourable press. That same year, he lost his former girlfriend, Cathriona White, who committed suicide a week after their breakup. A couple of months later, Cathriona’s family sued Carrey for wrongful death. They claimed that he had emotionally abused her, infected her with two STDs, among other things. Although the case was later dismissed in 2018, the damage had already been done.

Carrey has been married twice. The first marriage was in 1987, with Melissa Wormer, a former actress. The marriage produced a daughter, Jane, that same year and later ended in 1995. Jim Carrey’s second wife is Lauren Holly whom he met while shooting Dumb and Dumber. The marriage barely lasted a year.

Afterwards, he had a short-lived romance with Renee Zellweger, his co-star on Me, Myself, and Irene. In 2006, he publicised his relationship with model and actress, Jenny McCarthy. However, the relationship ended in 2010.

After his relationship with Cathriona White, who died in 2015, it appears that he has found a new love. Jim Carrey was seen with his new girlfriend, Ginger Gonzaga at the Golden Globes Party in January 2019.

Although Carrey is a native of Canada, he became an American citizen in 2004.

Where Is Jim Carrey Now?

Carrey delved into the world of production, and in 2015, a documentary film, Rubble Kings, for which he was a producer was released. In 2017, Showtime began to air I’m Dying up Here, for which he served as an executive producer. Although it was cancelled after two seasons, he continued working with Showtime. He produced and starred in the comedy series, Kidding where he was a kids’ television show host dealing with some complicated family challenges. It was his first regular television role in over two decades. He later reunited with Michel Gondry who directed Eternal Sunshine of the Spotless Mind in which Carrey starred.

He was also the subject of two documentaries in 2017. The first one, I Needed Colour, was about his love for art. The second was a film which showed behind the scenes of the shooting of Man on the Moon where he played Andy Kaufman.

Also since August 2017, he has been making some political cartoon drawings which he puts up on Twitter. He made some controversial drawings of Donald Trump and the White House Press Secretary, Sarah Huckabee Sanders. In 2018 he opened his show at the Maccarone Gallery in Los Angeles. The show is titled ‘IndigNation,’ and it features 108 pen-and-ink drawings from his Twitter feed.

However, his artistic talent has not entirely overshadowed his comedic skills. In October 2018, he was presented with the Charlie Chaplin Britannia Award for Excellence in Comedy.

Also, in 2018, Carrey revealed to Radio Times that he was leading a reclusive life. He said that he spends his time reading, painting, and working on his sculptures. He seems to have found some inner peace and is calmer than he is used to be.

Since Dumb and Dumber To, released in 2015, he has not had a significant studio feature. However, it appears that he has not left Hollywood just yet. Carrey plays a villain, Dr. Robotnik, in the adaption of “Sonic the Hedgehog” video game. The movie is set to be released in 2020.